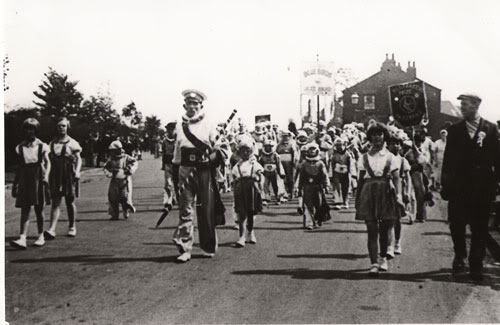 Carnival and Prize Jazz bands flourished in the 1930's in the Liverpool and St Helens area, 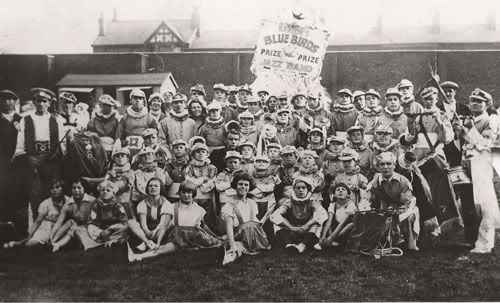 led by Mr Albert PHILLIPS , whose family were prominent as members, Sidney and Harold PHILLIPS and Lilly Burke who fronted the band doing acrobatic dancing. They were the first band to win 1st prize and Silver cup at the LMS Rose Queen contest, the money raised went to help crippled children

costumes, black, orange and white, paid for by Alfred CRITCHLEY, local Fishmonger, they advertised for him by carrying a banner, large fish on one side, on the other, "If it swims, Alf's got it". 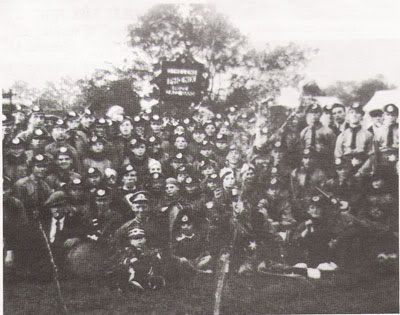 formed by James KENT [from Windle]and Ernie HENDERSON, they were given instruments belonging to the deceased son of a Publican in Canal St, the band took the name of the public house, The Phoenix. Uniforms, black trousers and gold shirts with ruffles, sashes and red berets. They practised in a shed, but as the band grew used rooms in Kirkland St.[later the Harmoney Kings Runcorn] run by the Kent family

Formed at Runcorn when the Manchester Ship Canal band broke up, they would use fireworks, and release a flock of racing pigeons.

from Everton, a large rising sun depicted on the back of each members blouse, they made great contributions to carnivals and fetes.

Bootle band, formed mid 1930,s , they trained at the Chestnut Grove Dance Hall in Bootle, costumes reminiscent of the Mexican gaucho, with bells stitched to the wide bottom trousers, their signature tune, "Lily of Laguna"