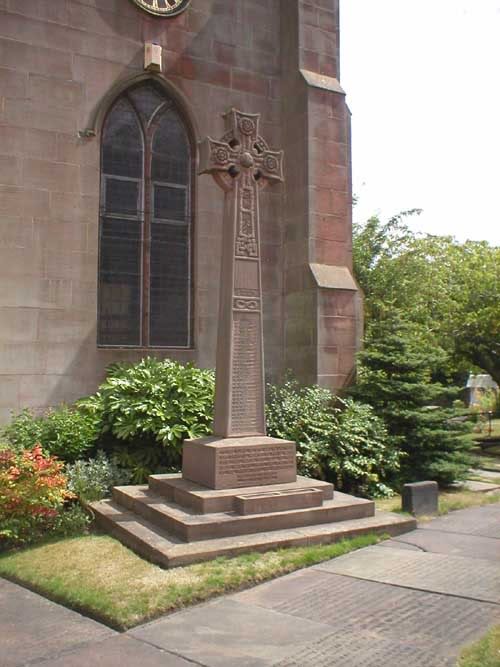 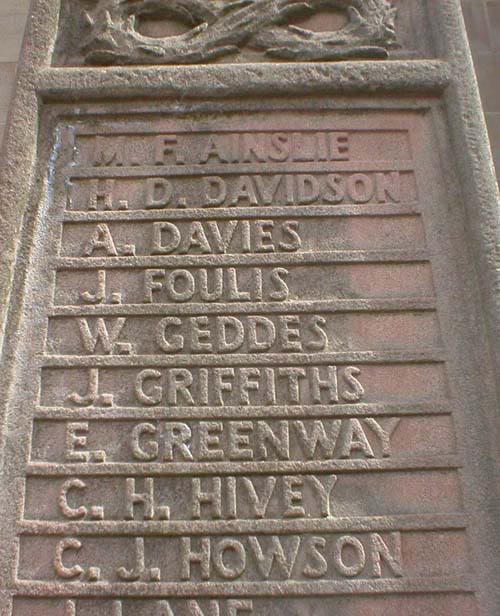 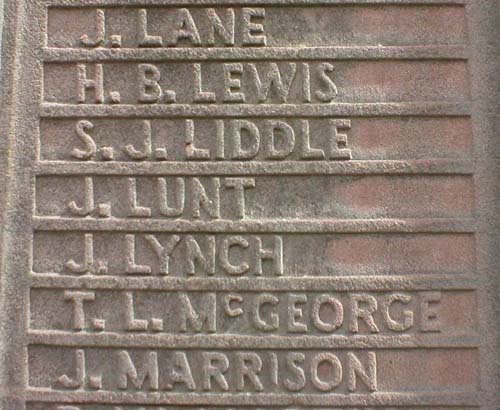 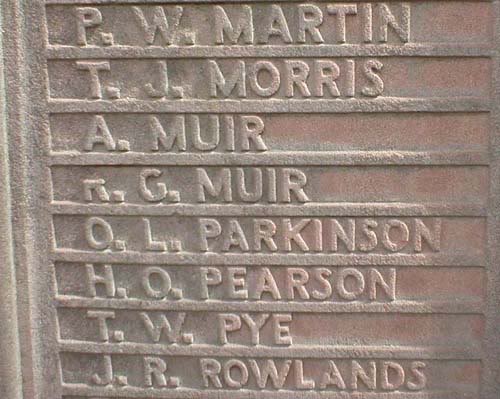 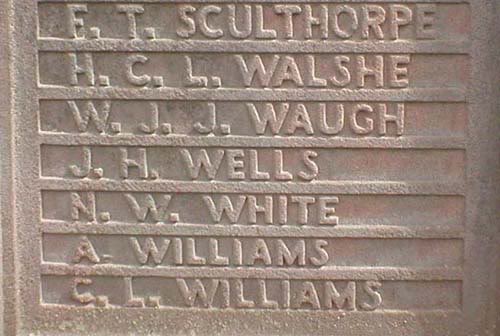 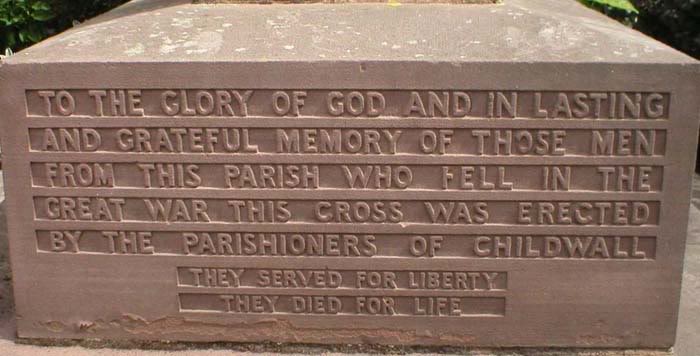 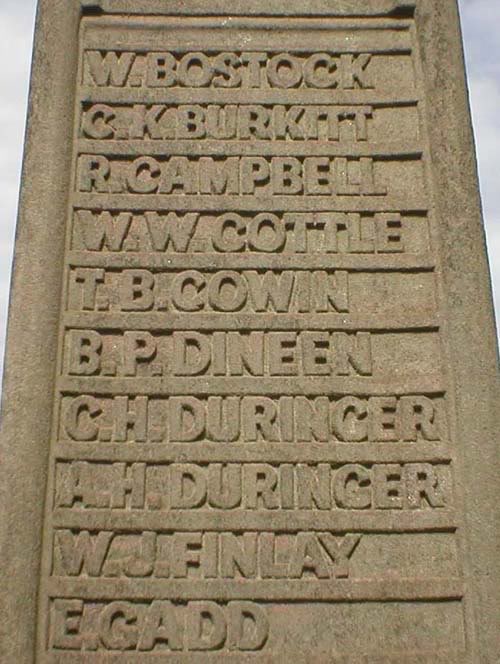 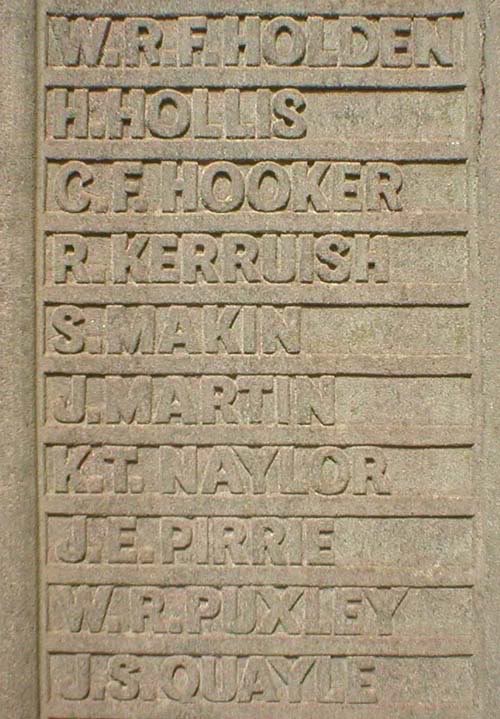 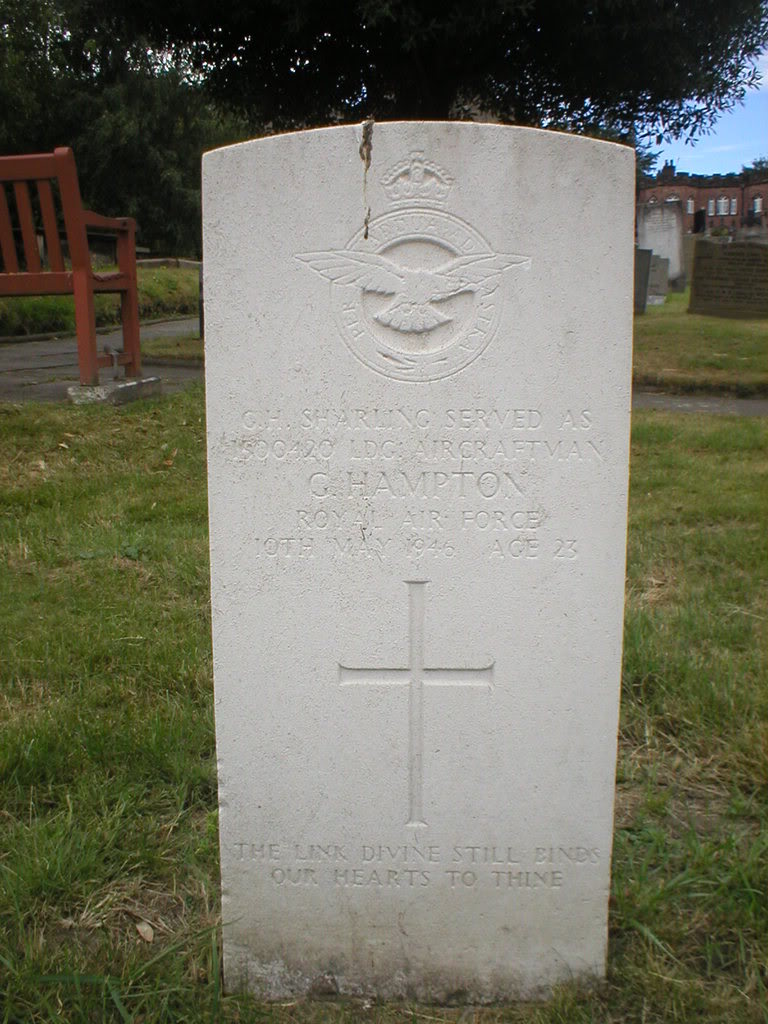 Lieutenant Montague Forwood Ainslie, of the Liverpool Regiment, received wounds on April 8th, which proved fatal on April 17. Born in 1894 he was the elder son of Canon Richard Montague Ainslie, T.D., vicar of Childwall, and chaplain of the 5th Liverpool Regiment , [TF]. He was educated at Southcliffe, Filey, and at Sedbergh, where he served 4 years in the O.T.C. Before the war he was on the staff of the Bank of Liverpool

Son of James and Margaret Davidson, of 4, Regent St., Hartlepool

Son of J. and A. Foulis, of Penicuik, Midlothian; husband of Hilda Foulis, of 55, Fieldway, Wavertree, Liverpool 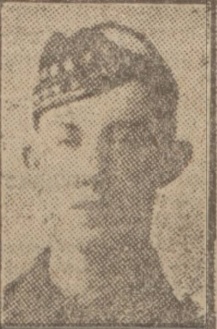 Signaller William J. Geddes, K.L.R, whose home was the Grosvenor Hotel, 104 Lodge Lane, has been killed in action in France. His officer writing home says he was a good soldier, one that they could ill afford to lose, and popular with his comrades. Before joining up he was with the White Star Line and was an old pupil of the Holt Secondary School. He was the eldest son of Mrs and the late Mr James Geddes. He is sadly missed.

Signaller James Griffiths, R.W.F., son of the late Mr. John and Mrs. Griffiths, 9, Loudon Grove. Prince's Park, aged 21, was killed in action on September 19. He was the youngest of seven brothers, all serving with the colours. He was educated at St. Edmund's College.

LIDDLE, July 31, killed in action, Sidney J, [Sid] K.L.R, Peace perfect peace. Ever remembered by his chum, Jack Boast, and all at 119a Prescot Rd, Fairfield.

Information has been received by his mother, at 5, Albert Grove, Wavertree that Private Joseph Lynch. 20630. 13th King's Liverpool Regiment, has died from a gunshot wound received on October 20. The death took place at No. 26 General Hospital, Etaples, France. Private Lynch enlisted on September 22, 1914, and went to the front four weeks ago. Prior to enlisting he was employed as attendant at the Hospital for Women, Shaw St. 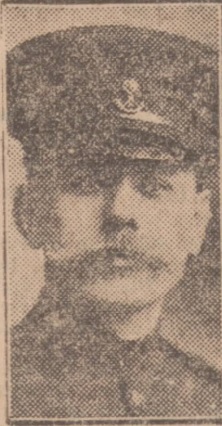 News has been received that Sergeant John Marrison, of Bootle, was killed during the fierce fighting in the neighbourhood of Ypres on Sunday, April 18. Seventeen years ago he joined the old 2nd King's Liverpool Volunteer Rifles, now the 6th Battalion King's (Liverpool) Regiment, and during that time was a keen and valuable member of the corps. Latterly he specialised in machine gun work, and had become a sergeant of the machine gun section. When the end came, in the words of his captain, he was making good use of his skill at a critical moment in the operations, when he was hit and sank quietly to the ground, unconscious, and died in a very few moments. Earlier in the operations he had earned the commendation of the colonel of a Regular battalion for the skill with which he handled the gun which he was then controlling, his work that night having been of the greatest value. He was buried by his comrades in a soldiers grave near the spot where he fell. He leaves behind him the memory of a kindly and engaging personality, not only in his family but among a large circle of regimental, business and personal friends. In civilian life he had been connected with the printing trade from his youth. He was well known on both sides of the river.

Admiralty Saturday, The armed boarding steamer Louvain (Lieut. Commander M. G. Easten, R.N.R.), was torpedoed and sunk by a German submarine in the Eastern Mediterranean on January 21st. Seven officers and 217 men were lost. . The next-of-kin have all been informed, except in the cases of a few naval passengers, whose next-of-kin will be notified immediately the necessary information is received.

So far as we know, 70 Maltese are missing as the result of the loss of the Louvain. These included practically all naval ratings, from assistant engineers ordinary seamen, of whom 24 formed part of the crew, while the remainder wore intended for disposal among ships of the fleet. Since Battle of Jutland this is the heaviest loss Malta has sustained at any time during the war, and brings vividly home the grim realities of war

[SS Dresden was an English passenger ship from 1897 to 1915, in 1915 taken over by the Admiralty as an armed boarding steamer and renamed HMS Louvian]

Son of James and Sarah Sculthorpe, of Liverpool.

Son of John and the late Mary A. Waugh.

Official news was yesterday received from the War Office that Private Norval White.

East Lancashire Regiment, was wounded and missing" on the 9th ult. He is the youngest son of Mr. and Mrs. J. H. White, " Stoneleigh," Thingwall Rd, Wavertree, Liverpool, and prior to joining up in September, 1916, was employed by the Automatic Telephone Company, Edge Lane. He went to the front in March last. Any further information concerning him would be gladly welcomed by his parents.

9th Infantry Battalion, Roll of Honour, At the Battle of Anzac Cove, Gallipoli.

Master F. Bird, while in convoy sunk off Gibraltar, 5 crew lost, master and 20 crew, picked up by HMS Deptford and landed at Liverpool

Husband of Lilian Cowin, of Liverpool.

Son of Charles William and Alice Caroline Duringer, of Liverpool.

Son of Harold Gadd, and of Phyllis Gadd, of Childwall, Liverpool.

GADD, Mr and Mrs Harold Gadd and boys, 6 Strand Park Rd, Childwall, would like to thank sincerely all friends, neighbours, [past and present] for the practical help, sincere sympathy, and beautiful flowers received during their great loss, also manager and staff of Jaeger House, officers and men of his regiment, staff of the Liverpool Collegiate School and staff of W. Gadd Ltd. 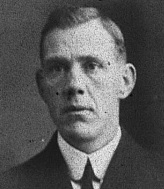 Son of William John and Catherine Kerruish, of Liverpool.

Son of Robert and Anne Elizabeth Martin, of Childwall, Liverpool.

Son of William George and May Quayle, of Liverpool, wife, Mabel, nee Holland

The Board of the Admiralty regret to announce that the aircraft carrier H.M.S Hermes [Capt R. F. J. Onslow who took command in May 1940] has been sunk by Japanese air attack off the coast of Ceylon.

H.M.S Hermes, 10,850 tons, completed in 1924, the first vessel specially designed by the Admiralty as an aircraft carrier. Refitted in 1933-34 could carry 20 seaplanes or aeroplanes. Her officers and crew numbered 664 and she had a designed speed of 25 knots. She carried 6, 5-5 inch, 3, 4 inch A. A. and smaller guns and fitted with anti-torpedo protection bulges

Son of Charles and Agnes White, of Wavertree, Liverpool.