Bowring Estate the gift of Alderman W. B. BOWRING to the city. June 1907 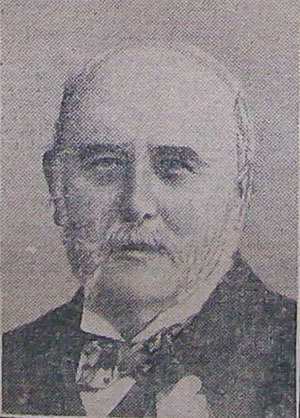 Liverpool on Wednesday was put in legal possession of the Bowring Estate [formerly Roby Hall Estate] as the splendid gift of Alderman W. B. BOWRING to the city. The announcement of the donor�s generous intention came before the Finance Committee of the Liverpool Corporation as a pleasant surprise on January 12th 1906 when the following letter was read, dated 20, Castle St, Liverpool, 11th January 1906 :-

Dear Mr Town-Clerk, - Having signed a contract for the purchase of the Roby Hall Estate, consisting of about one hundred acres, and a mansion with some cottages, beautifully situated just outside the city boundaries, and feeling strongly the advantages to the citizens of securing such a property in that position, I hereby offer to the Corporation the said estate for the use of the inhabitants of Liverpool for all time. I do so to commemorate the fact that my father and I have been members of the Liverpool Council for nearly half a century. I make no condition as to the use of the estate, except to the fact that it shall be utilized for the benefit of the inhabitants of the city, but I shall be glad if the Corporation will allow me a voice in any suggestion which may be made to its ultimate use, and also to nominate the following gentlemen - viz, Sir Robert HAMPSON, Mr J. HARRISON-JONES, Mr W. B. STODDART the Town Clerk and the City Surveyor -- to be associated with me in considering the best manner in which the property may be dealt with -

I am yours sincerely 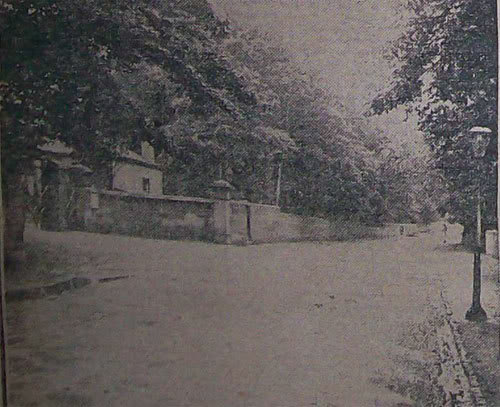 Entrance to the estate

The letter was received with great gratification, and the nomination of the committee approved. The estate is situated on the south side of Broadgreen and Roby Road, 800 yards from the boundary at Knotty Ash, and about five miles from Liverpool Exchange. The main entrance is within five minutes walk from Roby [London and North Western] railway station, while the nearest tramway line is in Prescot Rd, about a mile distant from which the estate is approached by Pilch Lane. The estate has a frontage to the main road of nearly half a mile, and contains almost 100 acres. Several acres more than Stanley Park or the Calderstones Estate, 80 acres being pasture land, with a good natural water supply. The drives and park are well wooded with beech, lime, chestnut, ash, elm and oak trees, while at present the rhododendrons in profusion are in bloom, and mingle with a good display of hawthorn, roses and some laburnum, with chestnut spikes above. A fringe of ferns gives an added charm to a beautiful lawn. The estate slopes gently to the southward, commanding a fine view of the Childwall Vale, with the churches of Woolton and Gatacre, and Childwall comparatively near, a grand panorama of the Cheshire Hills beyond, and a distant glimpse of the Upper Mersey. The trees and turf represent a century and a half of cultivation.

Near the main entrance is the Roby Hall of modern times a spacious mansion with all the appurtenances of an English gentleman's home, including a beautiful vinery. The old Roby Hall still stands near, but, has been divided into houses suitable for the occupation of the estate gardeners. A public footpath runs through part of the estate from Broadgreen Rd to Childwall. The builder of Roby Hall was John WILLIAMSON, Mayor of Liverpool in 1761, since which the modern mansion has been the successive residence of the late Sir Thomas EDWARDS-MOSS. Bart, and the late Mr William PILKINGTON. 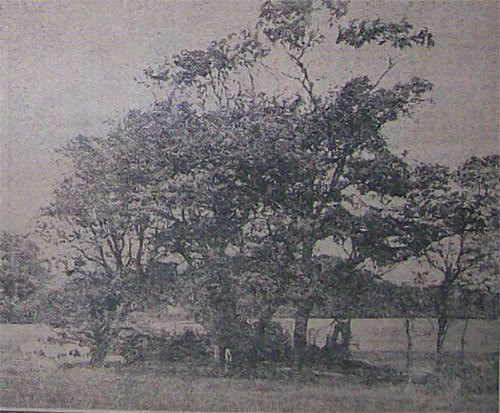 View of the park
After consideration the special committee proposed that "until a definite scheme has been decided upon the estate should be utilized for general recreative purposes." With regard to the house this might be utilized as a convalescent home in association with the Liverpool non-infectious hospitals. The situation of the house is admirably suited for such a purpose, or for any purpose of a similar nature. The committee recommended the estate be designated " The Bowring Estate". 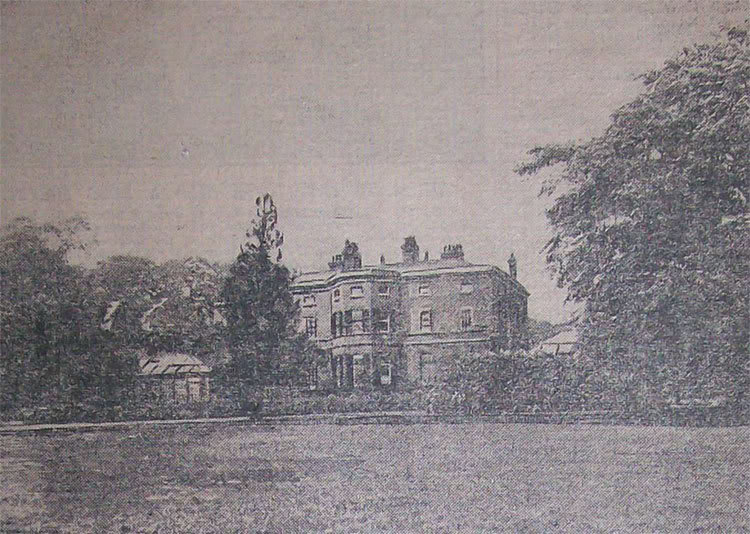 The Bowring Estate was on Wednesday formally offered to the Lord Mayor [Mr John JAPP] by the generous donor [Alderman W. B. BOWRING] and gratefully accepted by the chief magistrate, as the representative of the city. The brief ceremonial was performed on the lawn of the west front of the mansion, till recently known as Roby Hall, the company conveyed by special, North-Western train having just previously being received at the eastern front by the Lord Mayor and Lady Mayoress [Mrs JAPP], with whom Miss Olive JAPP and Alderman and Mrs BOWRING.

For the ceremony of the presentation of the estate, the Lord MAYOR took the chair on a temporary platform placed in front of the western entrance to the hall, being accompanied by the Lady Mayoress and Miss Olive JAPP, and supported by Alderman and Mrs BOWRING, Sir Robert A. HAMPSON [Chairman of the estate Committee of the Liverpool Council] and the town clerk [Mr E. R. PICKMERE]. In all there were 332 acceptances and 153 apologies for absence.

The Lord Mayor in the course of a felicitous little opening speech, said, it was owing to the generosity of Alderman BOWRING that the city of Liverpool became owners of that magnificent domain. Liverpool had plenty of men of wealth, men who were perhaps quite as wealthy as Alderman BOWRING, but he possessed what gave wealth all its value, a generous spirit. In giving Roby Hall and its grounds to Liverpool, Mr BOWRING had done something which would live in the memory of all Liverpool citizens for all time. It was the citizens not of today, nor of next year, but of many years to come, who would enjoy these beautiful fields, and bless he was sure, the name of the generous donor [applause].

Alderman BOWRING, who was received with great cordiality, said, he was indebted to all present for honouring him with their company, he thought that out of kindness of heart the Lord Mayor had eulogised him too much ["No, no."]

He must thank the Lord Mayor for the admirable way in which the ceremony had been organised. He also begged to thank the officials for associating his dear wife with that ceremony [applause]. His wife and he had been associated for many years, he was not going to tell them how many years, [laughter] but he ventured to think that very few of them would guess how many by the appearance of his wife [laughter and applause]. She had been his supporter and companion for many years, and she was quite in sympathy with him in doing what he had done, and in working as he believed, he had worked, faithfully for the benefit of his fellow creatures [hear, hear, and applause]. He thanked the Corporation for identifying his name with the place, which was to be called, "Bowring Estate", and would thus record his name in the annals of Liverpool [applause].

It now only rested with him to give to the Lord Mayor the deeds of the estate, and to express the hope that the estate might be a great advantage to the people of Liverpool, might be made useful, and that it would be a blessing for all time to the community. That was the object he had in view, and he was thankful and proud and glad of the opportunity of doing what he had done, [Loud applause]. 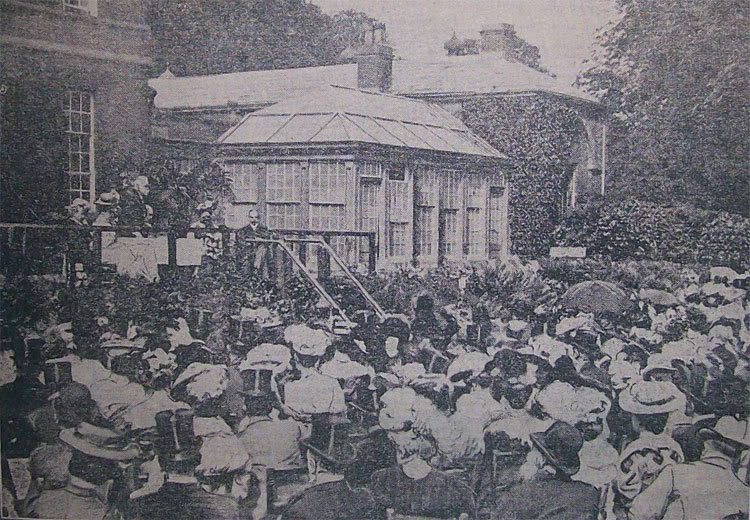 Lord Mayor JAPP, accepting Bowring Park
Alderman BOWRING having handed over the deeds of the estate to the Chief Magistrate.

The Lord Mayor, speaking on behalf of the citizens of Liverpool, rendered thanks for the noble gift. Amid renewed applause, he presented the donor of the estate with a handsome silver-gilt casket.

The Roby Hall estate, henceforth to be called the "Bowring Estate," is a very valuable municipal property. The estate adjoins the village of Roby, which is of historic interest, having been a Danish settlement, the name implying "the place of roe," and is described in the Domesday Book as "Rabil". Robert de LATHOM, in 1304 had a charter for a market and fair there, and free warren in respect of his manor of "Robye". The base and shaft of an ancient market cross are still to be seen in Roby village.