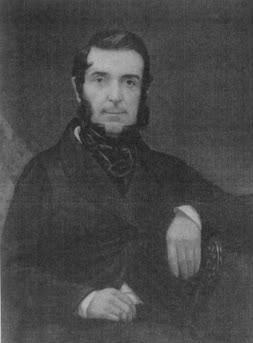 In September 1881 the Watch Committee reported that Captain John William Nott BOWER was appointed head constable and superintendent of the fire police in the place of Major John James GREIG, C.B, who resigned at the annual salary approved by the council on the 3rd of August 1881 of £750.

At the beginning of January 1882, a gathering took place at the residence of Major GREIG, C.B, at 63 Rodney St, the occasion being the presentation by the officers of the police force of a testimonial of esteem on his retirement as post of head constable.

A solid silver inkstand, with a magnificent marble and brown timepiece was awarded to him bearing the transcription :-

"Presented to John James GREIG, C.B, justice of the peace, by the officers of the Liverpool City Police, for auld lang syne, Hogmanay 1881"

The officers present were Chief-superintendents SIBBALD and HANCOX, Superintendent M'WILLIAM of the fire brigade, Mr John WILSON of the detective department, Superintendents STEADMAN and PENNINGTON, Mr LEDDER, governor of the main bridewell and Mr THEAKSTONE, storekeeper.

The presentation was made by Mr SIBBALD, who said, "We have the pleasure to wait upon you as a deputation from the officers of the police force, to ask you to accept a small mark of our esteem while serving under you for a period in the case of many of us, covering the whole of your long servitude. It affords us much gratification to be permitted to address you, and to have the opportunity of giving expression to the gratitude we feel for the many kindnesses we have received at your hands. We call to mind many of the onerous duties we have performed together under you in the interests of the community, and we are glad to be able to congratulate you upon the success you have attained, a success which always followed the honest endeavour to act rightly and to do one's duty fairly to all men. In conclusion we must express our earnest hope that you may long be spared to perform the new duties that the honour so recently bestowed upon you will demand".

Mr SIBBALD then referred to the kindness always received at the hands of the members of the Major's family [present] making special reference to his esteemed niece Miss M'MURDO.

Major GREIG, was evidently, much affected in accepting the testimonial, and expressed the pleasure he felt in meeting the deputation, with whom some he had been associated with during the whole of his career, had it not been for the great assistance, always willingly given by the superior officer of the force, and the general good will of all ranks, he never would have gained the success of which Mr SIBBALD had spoken. The beautiful monument would be placed in that room as a lasting memento to him, and his family, after him, of the years he has passed in the police force. He was thoroughly happy in his retirement, the Superannuation Committee had dealt very liberally with him, and he now had peace of mind and freedom from anxiety. He wished the deputation might enjoy like happiness in years to come. Major GREIG then entertained the deputation at dinner.

At the beginning of February 1882, Major GREIG was afflicted by an affection of the chest leading to congestion of the lungs and bronchitis. He was attended by his friend and neighbour Dr HOPPER, under whose treatment he recovered. He went to Southport to convalesce returning to Liverpool at the end of April. During May he attended many functions including the Annual inspection of the City Police, the prize giving for the Royal Navy Artillery Volunteers, and the retirement of Liverpool Detective Michael SCAIFFE, around September his health deteriorated and his daughter's took him to Bournemouth hoping the air would improve his health. He was attended by Dr FALLS, who was the medical adviser to the Duchess of Westminster. He did not recover, his general weakness aggravated by congestion of the lungs, took its toll, he took to his bed in mid November and never rallied, he died on the 2nd of December at Bournemouth.

His obituary in the Liverpool Mercury, Dec 4th, 1882

Although not quite unexpected the news of the death of Major J. J. GREIG, C.B, who so long held the post of head-constable in this city, will be received with universal regret throughout Liverpool and the district. Since his resignation, the deceased has not been in the enjoyment of robust health, but it was hoped his visit to Bournemouth three months ago accompanied by his daughters would serve to benefit him to some extent. This hope, however has not been realised.

Major GREIG belonged to an old Scottish family which settled many years ago in Edinburgh, and which was held in high repute in that city. His father occupied a government appointment in Midlothian, and the major was born in Edinburgh in 1807. While still a young man he entered the army, and soon reached the rank of lieutenant, and in that capacity served with his regiment [the 21st Foot] in Canada and the West Indies. He obtained a captain's commission, and on his retirement from the army was appointed staff-officer of pensioners for Liverpool and district.

When Mr DOWLING retired from the position of head-constable, Major [then Captain GREIG] was appointed to that important position on the 27th March 1852, at a salary of £550 per annum, which was raised from time to time till it became £1,000. During the time the Major was at the head of the city police, the force attained a high state of efficiency and he was ably seconded in his command of that body by such experienced officers as Messers, QUICK, RIDE, BRENNAN, L. KEHOE, SIBBALD, KISSACK and HANCOX. While he was head-constable the Fenian troubles began. Liverpool for a time was the hotbed of the conspiracy, several of the head centres being resident here. The Major along with Mr KEHOE and Mr M'HALE of the Irish constabulary, did good service in bringing some of these to justice, and it was mainly to his promptitude that the Fenian attacks upon Chester Castle and the Holyhead Railway were frustrated. In recognition of his services in connection with this affair he was appointed C. B, on the 14th October 1867.

On the 16th December of the same year a "monster procession" was organised by some of the Irish residents here to express their sympathy with the "Manchester Martyrs" ALLEN, LARKIN and O'BRIEN, who were executed at Manchester for the murder of Sergeant BRETT. The Orangemen threatened a counter-demonstration, and a serious disturbance was apprehended. Major GREIG acting under magisterial sanction, promptly interfered and, with a strong body of police prohibited the procession from taking place. Some time after a large and influential meeting was held in the Town Hall, when a handsome service of plate, subscribed by all classes of his fellow townsmen was presented to the major.

In consequence of failing health he sent in his resignation as head-constable to the Watch Committee in October 1881. His resignation of a position he had held so long with efficiency and fidelity caused a general feeling of regret throughout the city. The members of the force felt they had lost a fair-minded and considerate chief, and the public, an upright and energetic servant. After his resignation the Major chiefly resided in the Isle of Man, and in the winter months in the south of England. Shortly after his retirement he was appointed justice of the peace for the city, and during that short time he occupied the position he performed his duties with an amount of judicial ability which was largely owing to the amount of practical experience he acquired while head of the police.

[This transcript his hard to decipher, there are words missing etc]

The body was conveyed to the city from Bournemouth, and conveyed to the house of an old friend Mr IRVINE, from where the funeral cortege left at about 11am, the body was conveyed on an open hearse drawn by four horses, followed by five mourning carriages. Members of the police-force of all grades were permitted to pay their respects to their departed chief. Captain NOTT-BOWER made arrangements to allow as many of the force, who were able to attend the ceremony. Those in attendance included Captain BOWER, Chief-superintendents, SIBBALD and HANCOX, Superintendents DAWSON, WHITE, PARKINS, STEADMAN, PEN???, eight Inspectors, 51 detective constables, 14 bridewell keepers, seven of the river police, and members of the salvage corps, followed the cortege to the cemetery. At the front of the cemetery was drawn up 483 constables and 30 inspectors, led by Superintendent DAWSON, Mr BEARDHALL then headed the procession as it proceeded towards the grave. Then came the carriages of the fire brigade, the river police, bridewell keepers , detective officers, clerks and the general public, along with the carriages of friends and colleagues. Among the officers and ex-officers were Chief-superintendents, WILLIAMS and HANCOX, Captain PARKS, Superintendents DAWSON, M'WILLIAMS, PENLINGTON, PARKINS, STEADMAN, Deputy-superintendent NESBIT, COXENS, ex-superintendent HAYMS, Detective Inspectors JACKSON, PARKINSON and BOYCE, Chief ?????? WILSON, ex-detective SCAIFFE, Detectives, J. IRVINE, JOHNSTON, GRUBB, M'KENNA, HALE, COLLINGWOOD, MOR????, M'CONCHIE, BRYSON, BAXTER, REDMAN, M'DONALD, EGERTON, TOMLINSON, MAXWELL, ROBERTSON, CARTER, KEATING, MURNIN, GOODE, Storekeepers, KELLY and THEAK???? Inspectors GARDINER, HAMILTON, M'KENNA, TAYLOR, EGERTON, SIMPSON, STOWELL, HARRISON, BEGGS, BALL, LEA, LALOR, M'CAULY, M'CONCHIE, HOOKS, BRISTOW, LAURENCESON, LANNIGAN, CARR, LOGAN, SOUTHWELL, VALENTINE, D. DAVIES, DINSDALE, J. DAVIES, CLAPHAM, JOHNSON, D?GGY, CHURCHILL, KELLY, and M'CALA, the Corps were under the command of Mr ???????? and Foreman LONGBOTTOM